What were they thinking? Social media raised an eye at Gucci’s$900 controversial ‘Balaclava Jumper’ sweater. The turtle neck, which completely covers the bottom half of the white models face from the eyes down, features red lips surround a mouth slit, resembling blackface. The item has since been pulled from the shelves. Gucci released a statement this week apologizing.

The issue begs the question, why does the fashion industry still make this ridiculous mistakes? Last year, Prada caused an uproar with their monkey charms with racial undertones. H&M was also under fire for their ad featuring an African American child wearing a hoodie with the slogan, “Coolest monkey in the jungle.” In today’s social climate, it’s always best to take a step back and examine your choices, especially when releasing a racist product during black history month. What do you think about the latest luxury brand scandal? Sound off in the comments.

The Patriots may have taken home another ring, but which brands won The Super Bowl? Twitter announced its winners of their #BrandBowl competition. The social platform awarded brands in 5 categories (via Adweek):

These big budget campaigns stirred up the most engagement, giving insight on what it takes to generate conversation via tweets. Twitter also broke down top conversations by industry. 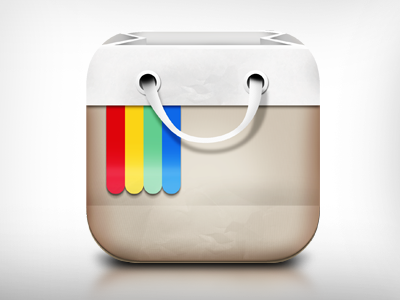 Instagram Shopping is widely available across the US to apparel, jewelry, and beauty brands, which allows retailers to add product information and links to their photos. Without buying ads, retailers can test landing pages like never before. Instagram will also release metrics so businesses can tell which posts are performing best. Thus far, this feature is only available for single posts, not videos or albums.

Startups, such as @sty.lust, have also popped up to make purchasing looks on IG easier. Simply tag @sty.lust in a photo with the item you want, and they will do the rest.

For more information visit Adweek and sign up for Stylust.

What’s worse than realizing your battery is in the red? Not having a cord to charge it. Soon Apple may have a solution.

Forget cords. Future iPhones may charge over wifi. Apple recently received a patent for “a system equipped to harness the wireless signals emitted by routers to charge electronic devices.”

The patent would require routers with specialized antennae to boost power, allowing users to gain wifi access and battery power. To read more, head over to Mashable.

Fake news is an epidemic. We see it daily, and it heavily plagued the 2016 US election. The issue has gotten so bad, President Barack Obama actually spoke directly to Mark Zuckerberg.

According to New York Times, Zuckerberg admitted he had talked to the former president about his complaints.

Obama has spoken out about fake news before. Prior to the election, he specifically called out Facebook.

“In an age where there’s so much active misinformation and it’s packaged very well and it looks the same when you see it on a Facebook page or you turn on your television, if everything seems to be the same and no distinctions are made, then we won’t know what to protect,” he said.

To read the rest of the article, head over to mashable.com.

According to Facebook, Live Audio will be widely available early next year. Your subscribers will be notified once you begin a Live Audio session. Broadcasts will have a 4 hour time frame allowing for a variety of content.

Instagram released an update, available today for iOS and Android, introducing stickers to add to your Stories. Adorn your posts with snowmen and candy canes as well as stickers to be used year round like the temperature and locations.

Also introduced in the update is “hands-free” mode, allowing users to video with one tap opposed to holding down the record button.